FF15 is not just one more RPG from Square and not just another Final Fantasy Title. It is a fresh start in the right direction and goes to show that even long ongoing franchises like Final Fantasy can still compete with other fresh and new games within its genre.

I have only used this section title twice, because most of the time explaining the platform of a game means explaining why 1 + 1 equals 2. However, this is the first time Final Fantasy (a part from the online version) is given a new platform; open world. The open world-ness (if that’s a thing) of FF15 is very well put together and feels very apart of the world you explore. From the aspect of the story the platform fits and puts the world in the eyes of someone who was isolated for most of his life. You know share that same outlook, both you and the protagonist see the world almost for the first time. With the many activities (fishing, hunting, cooking and mining) it almost seem that they spliced in some MMO into this version of Final Fantasy which also means that the multiplayer add-on will be coming soon and probably online play as well. 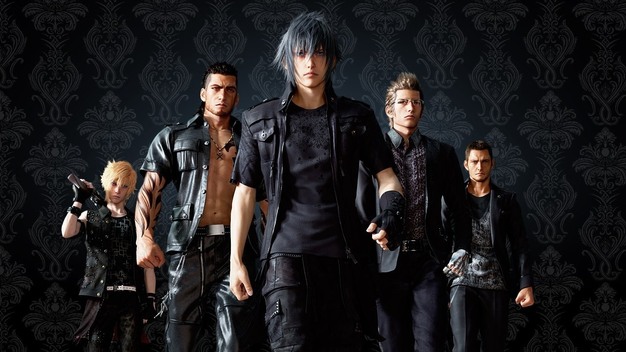 Very much like other FF titles the cast is good but not great, however still well above most other RPGs lately. Audio sync is somewhat of an issue at times put other than that the seamless conversations, topics, relatable dialog all seem to fit most of the cast from FF15. A very well rounded supporting cast makes you want to know more about the history of each character. Even the basic NPCs are better than most other FF titles. 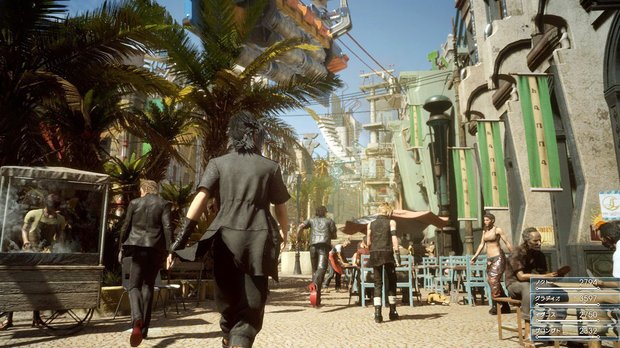 Not Uncharted 4 amazing but my well done and on par with ps4 capabilities. The light and shadows are good, the absence of collision (for the most part), almost no texture pops or collation means they spent probably the better part of the 10 years to make sure it runs good. In battle, the effects and Noctis’s warping, doesn’t show that much of a hurdle even when the number of enemies stack up. 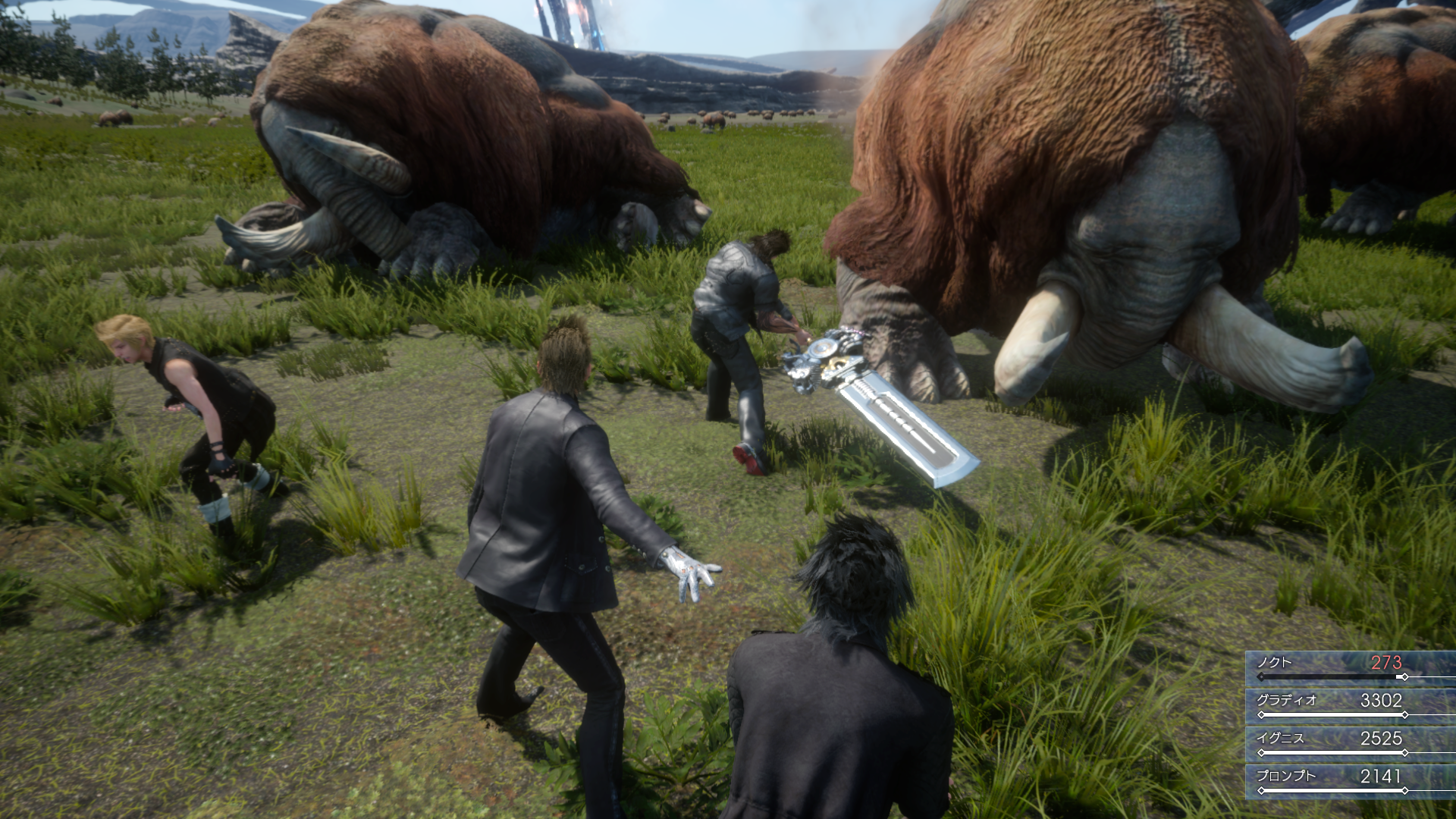 Speaking of battling the battle system has been demoed for a while and playing it first-hand just seems different, not in a bad way. The biggest complaint is the camera. Enemies are quick to move out of the camera making you twist and turn in order to get a good strike in. The magic attacks are good and powerful however very limited. The teamwork and team based attacks are a very welcomed addition but not necessarily new to the franchise, it’s just that FF15 finally got it right. 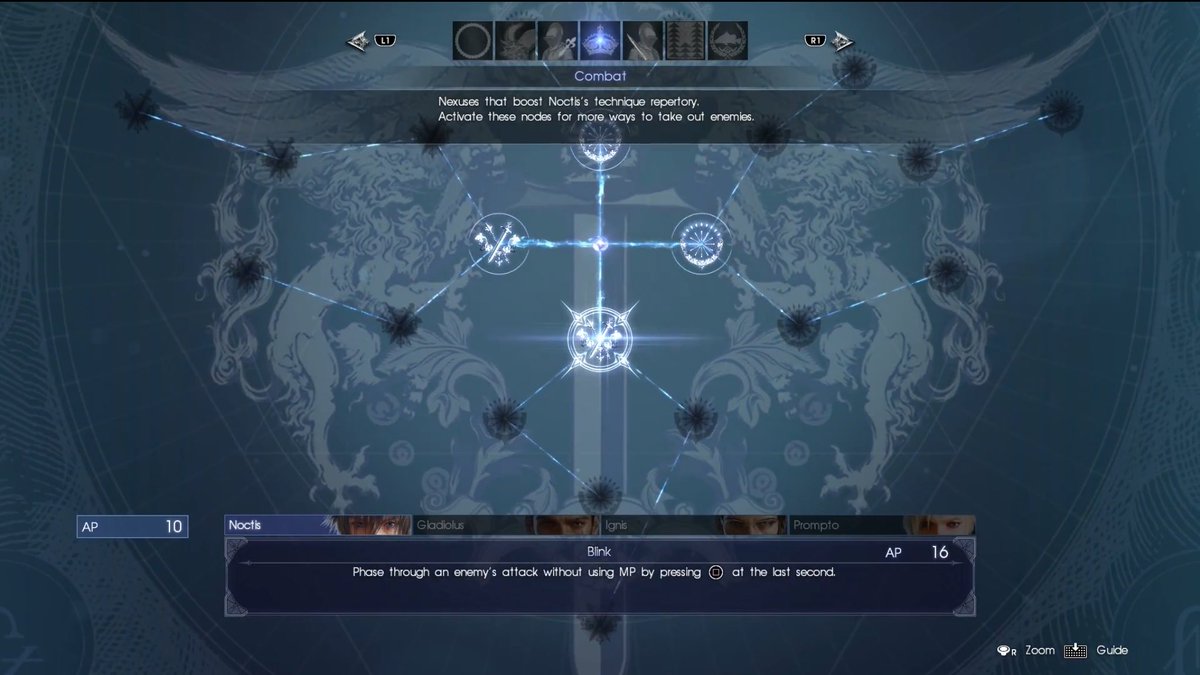 The upgrading system is very similar to FFX. However the biggest difference is that instead of being character based organized its skill based organized and some skills have a “party” effect making decisions on some skills very hard to choose. Luckily AP is gain by pretty much doing anything. With a plethora of AP you can expand your stats very quickly but don’t expect the monsters or demons to go down lightly. 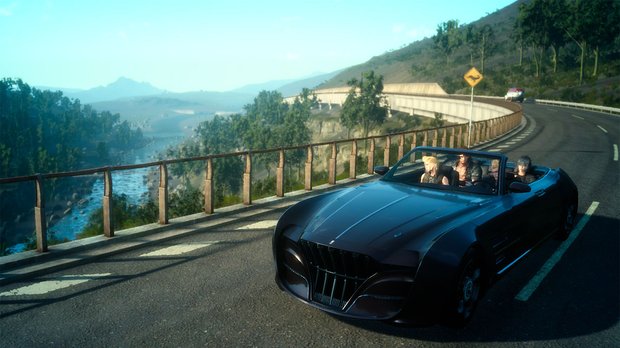 Going from one place to another is a task that almost every game has and it’s either by vehicle or by foot and FF15 approach is different and actually seems to be the best way to go. It offers the satisfaction of just looking around as your strategist drives or driving yourself and the controls are so that you still can take in the sights, stop and do what you want without having to worry about driving off the cliff. The same goes for flying as well.

So far within my very short play time, the story seems to be well written and fits the setting and does capture some critical areas when trying to suck the audience into the world of Noctis. Seems to be in a straight line and I don’t think there will be many (if any) plot twist or shifts reminiscing of Final Fantasy 8, surprise endings like Final Fantasy 10, or shockers like the famous Final Fantasy 7. However, I do believe that the plot will still hold up to the rest of the game and support the gameplay that is very well presented already.

Many aspects of FF15 are very good and some are even excellent but I don’t think this will surpass the awesomeness of some other Final Fantasy titles. With that said it does play, feel and look likes one of the best RPGs this year and one of the best this decade. As far as game of the year I still hold Uncharted 4 in that spot; however if Uncharted didn’t come out this year then yes I would grant game of the year to FF15. It is well rounded, beautiful and for the most part feels “complete” just how I felt at the end of Uncharted 4. Thinking on it, I have to give FF15 a B+.