Hello Games brought an interesting conundrum into the world of gaming. No Man Sky offers, well most of you know already, and endless exploration adventure that just might supersede the next 5 playstations. A game so big that it’s more of a single player, first person adventure since the likelihood of you ever seeing someone else is bleak, like less than 0.1% chance, even though it’s officially an MMO. But is it the killer that will compel everyone to design procedurally generated amazing games? Maybe. Will you like it? Unless you love exploring and slow grinding then you probably won’t. However I love it. Might have to give up on Black Desert Online 🙁

Let’s jump right into it. Fighting sucks. Whether it’s animals or those dam fighting sentinels or pirates, either way it gets nerve racking. Luckily you’re able to fine tune the controls to your liking however land fights are still kind of poor cause your character needs to be upgraded (a lot) to handle most threats effectively. Mining is straightforward and your multi-tool is very useful and be upgraded to mine more and fast. It will be frustrating at first because you will lack the storage needs of a true explorer but almost every planet has at least one suit upgrade pod. I haven’t found any ship upgrade stations yet but they do exist. You can save up some units (money) and buy nice upgrades and even barter with aliens for their ships. There is a narrative and path, you can stray away from it, like really far away from it, however you will notice that many elements are locked until you do the “next step” so-to-speak. No maps (except for the nebula map) means you will get lost a lot and that’s ok and scary. I once lost where I was going because I walked away from the controller and I think my ship hit an asteroid and was flying off course… for 30 mins 🙁 i was in the middle of nowhere. Scans help but at first these scanners suck, but guess what; you can upgrade them as well. OMG save points are horrific. While you do save when you get out of your ship, if you fail to save (find a waypoint) when you are exploring on foot you will be SOL. If you die in space (or on land) make sure you go your grave marker so you can recover your inventory, if it’s still there. Trading is also a feature. Which means trade daily and trade often. This will be your primary source of Units and your access to other elements or items you may need. Each trading post, base or station has its own “high priority item” that marked with a star. 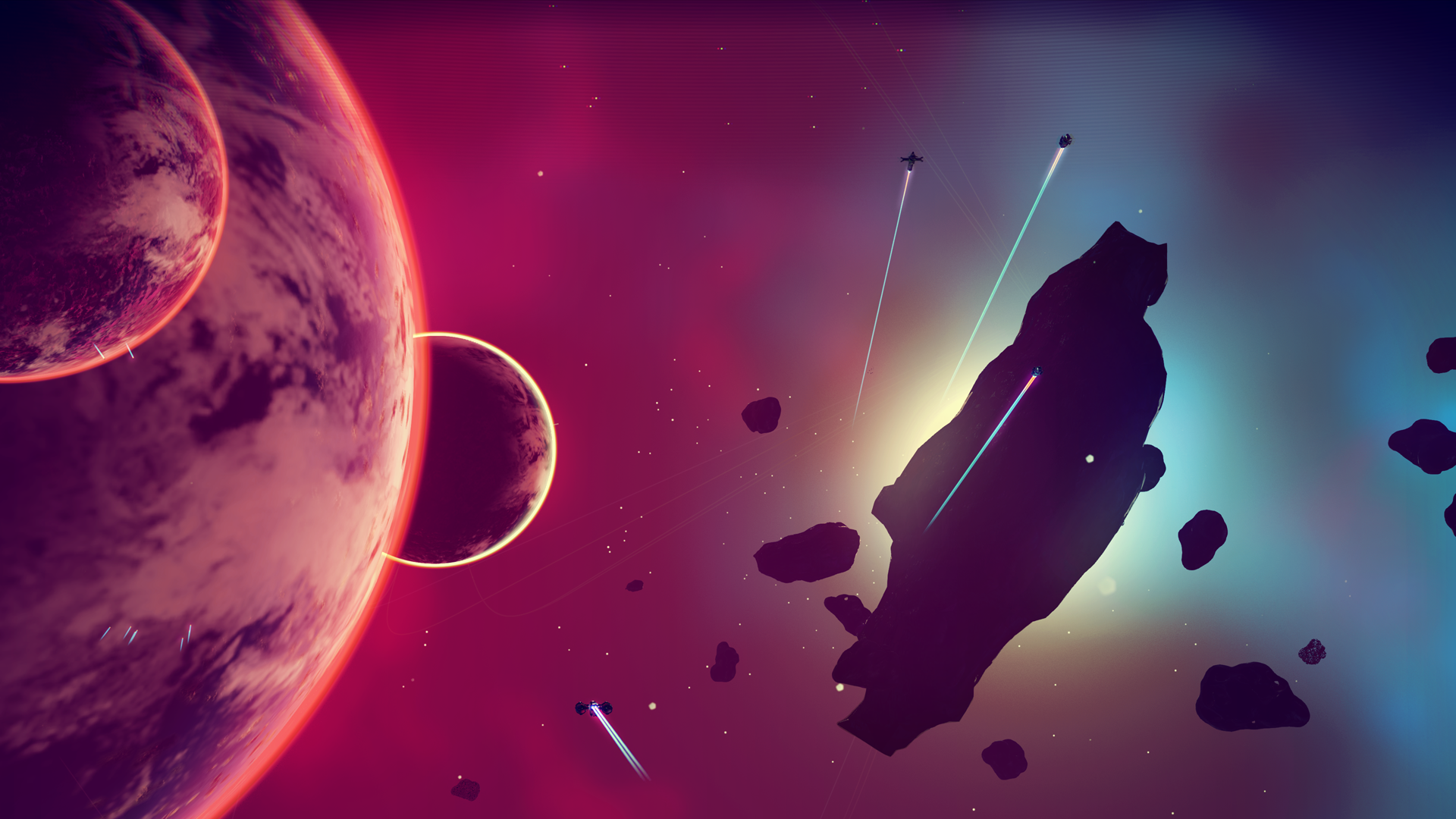 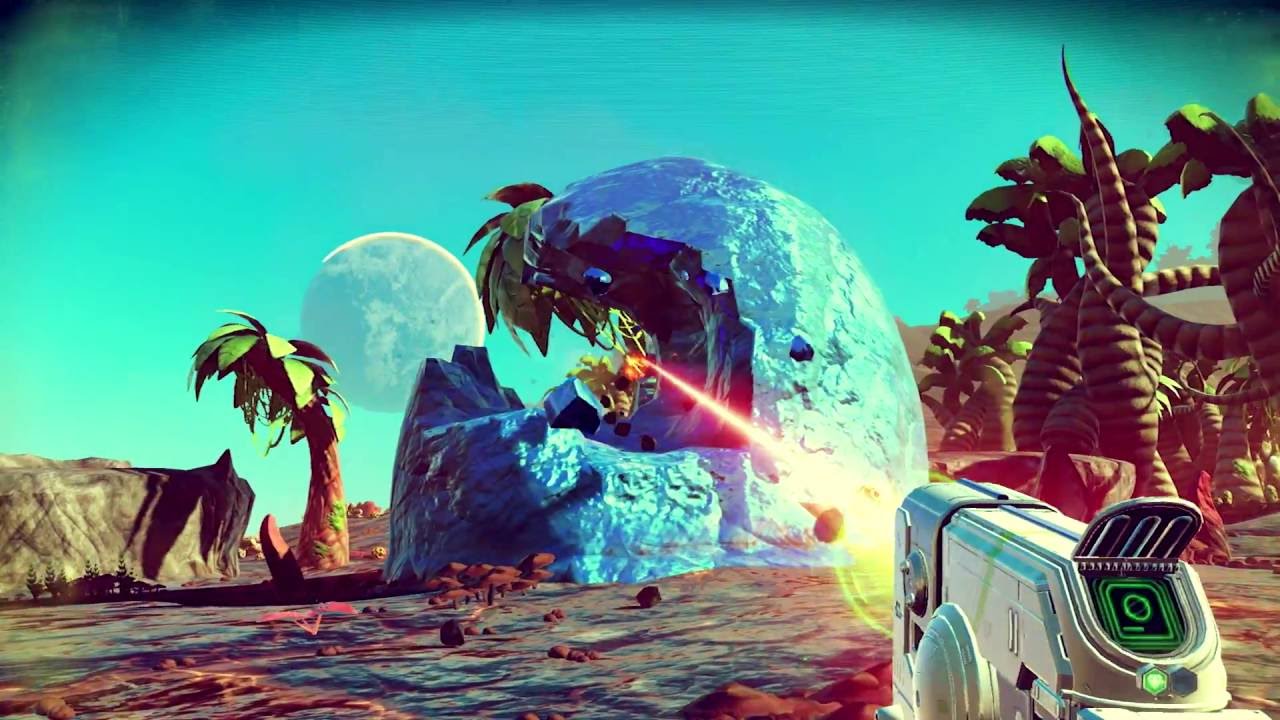 Not mind blowing but decent and pop ins are ok because there are literally no loading screens. There was only one error I found that some POIs (points of interest) are bugged and you can ever approach them, they simply just move farther away, glad this is a rare occurrence. Also the math that’s involved can get buggy causing a collapse and the screen will freeze and you be prompted to report the error. This has happened to me 5 times now which is not a big deal if I was on PC, however for the console I think 5 crashes is a bit concerning. The music isn’t that bad and I love the clam to serious changes and the shifts in between good combos. Usually after a while I turn off the music but for now it’s still on.

With the lack of life threatening entities, for now, mobile play though the Vita is pretty good and you will definitely kill some time however the controls you will have to get used to.

Unless you have always dreamed of flying endlessly through space and discovering worlds, No Man Sky is way too big and too repetitive for most players. Dogfights, hostile aliens, Monsters, and the occasional vicious plant life are kind of rare, your typical, and not to be messed with, opponent will be mother nature. You will more likely be tested by negitive 90c weather than a floating beast with 2 heads and tentacles for legs. 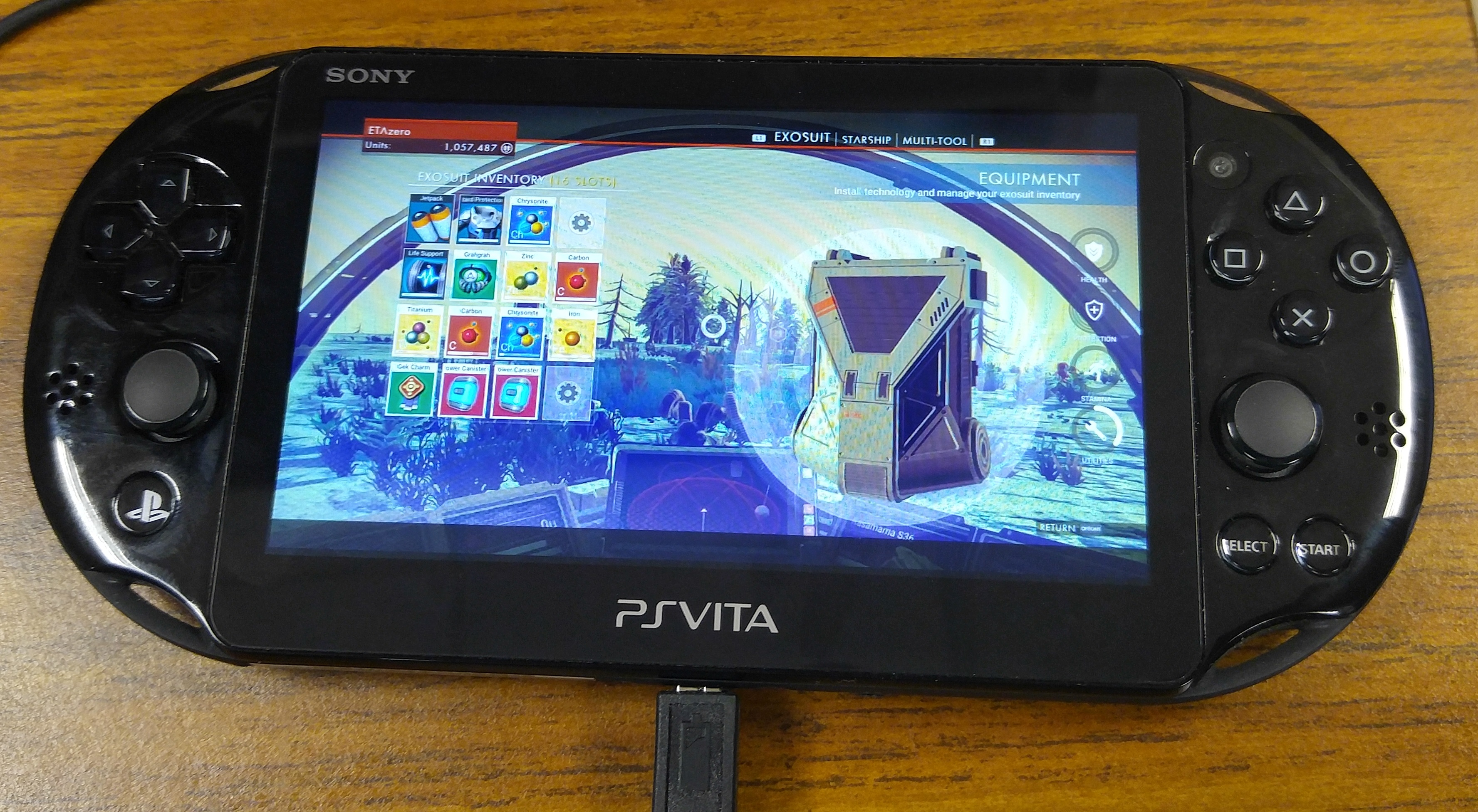 Overall, No Man Sky brings out the kid in me.. Wondering what is in a cave or seeing what I can find on a distant Moon. Love it, however it still doesn’t feel like a heavily populated or interactive universe, unless i just haven’t came across a heavily populated solar system yet. It needs more MMO elements. Things that will make the need to explore even more bounding to the player. Extreme missions that might take you near a black hole or a dying neutron star. That would be awesome. Bias aside the game gets a B-. I hope that DLCs and Expansion Packs makes up for the tediousness.